In  some years before the end of February, I have entered the Fish Publishing Flash Fiction contest. This year I entered two stories.

The prizes are exciting.

Ten stories will be published in the 2015 Fish Anthology.

The ten published authors will each receive five copies of the Anthology and will be invited to read at the launch during the West Cork Literary Festival in July. 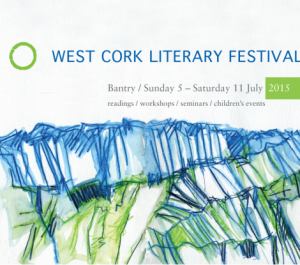 Fish Publishing Flash Fiction describes flash fiction as: “This is an opportunity to attempt what is one of the most difficult and rewarding tasks – to create, in a tiny fragment, a completely resolved and compelling story in 300 words or less. The Flash Fiction Stories are wonderfully entertaining to read and challenging to write, but we love it and so do the readers of our Anthology. This is a chance to get a story, however small, into this year’s Fish Anthology.

The Fish Flash Fiction Prize has been an annual event since 2004. To view our catalogue of anthologies containing the winning stories from previous flash fiction competitions and to read extracts, click Fish Books.”

The day of the results I’d check and my name would not have been on the long list or the short list or the first, second or third or honorary mentions.

But this year was different. I had submitted two pieces. Both reworked a number of times and on Friday, April 10, 2015 I was checking my calendar for another reason and I saw the notation that the results for Fish Flash Fiction were released on that day.

I hadn’t received an email throughout the week notifying me of a win, so I assumed another year had gone by and my name would not be on the list. 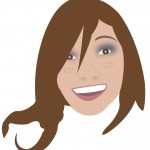 I was half right, it wasn’t in the winning list, nor the honorary mentions. But my story Shadows and Dreams and my name were on the short list. I was and continue to be excited. There were ninety-three shortlisted stories out of one thousand two hundred and eighty-five entries. Then  I checked the long list and there I was again for the same story, one of two hundred out of the same one thousand, two hundred and eight-five entries. It is rewarding to see my name in a list of possible winners.

Perhaps one day I will be in the category with the winners and honorary mentions and then the prize will be publication and an opportunity to go to the West Cork Literary Festival in Ireland.

“In these workshops Magi Gibson will help you find your true voice, the Wild Woman voice you’ve lost by being caught up in all the other roles life demands of women today. As the week progresses Magi will help you confront and deal with the barriers holding you back from writing the way you want to, from saying the things you need to say. She’ll help you make contact with your inner wild woman, that creative part of you that’s so often stifled and ignored. These workshops will be filled with lively discussions you’ll use as jumping off points to spark fresh, passionate work. By the end of the week you’ll be all revved up to continue writing with renewed energy and self-confidence.” 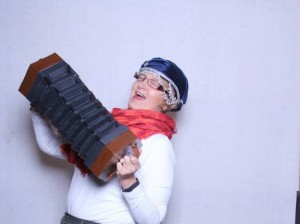 Sort of wild at cultural days.

Until that day, I will bask in the glory of being among the ninety-three short listed stories and look for my Wild Woman voice .

This post has twigged a memory. In 2008 I took an online writing course Wild Vision by Margot Van Sluytman. I pulled out the file. I read some of the work I kept. I have ideas for another flash fiction story for next year.