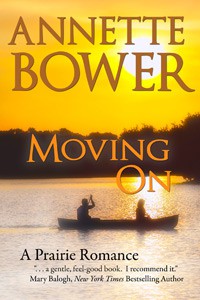 Anna Jenkins pushed her foot on the brake as her hatchback picked up speed on the hill. The posted speed limit for the Town of Regina Beach was thirty miles per hour. She passed old cottages with verandas and gravel driveways surrounded by blossoming lilac bushes that were tucked in among new homes with steel doors and trees shading designer interlocking block paths. Her doubts about moving to a small town washed through her fatigued mind like the waves pushing and pulling along the shore of Last Mountain Lake, that expanse of blue where the road she was on ended. Just past noon and no one was on the street.

After scanning street signs, she turned west on Fairchild and followed a natural curve onto Green Avenue, creeping along until she found the address that was etched in her memory. Regina Beach would be her safe haven. A place where no one knew that her fiancé had died a week before their wedding. It was her sorrow and she was tired of sharing it with those who seemed to want to keep it alive like some macabre game where they could report to their friends and family. I saw her today and she looks awful. I just didn’t know what to say but if you ask me, Murray wouldn’t look twice, never mind proposing, if he saw her now.

She hadn’t overheard anyone say these words, but she had her suspicions.

Anna turned at a knock on the door. A woman shading her eyes looked through the summer mesh door.

“Can I help you?” Anna called.

Fingers capped with red painted nails clung to the door the stranger pulled open. “Perhaps I can help you. I’m Margaret Lamb from next door. What right do you have to be here? I’ll bet you’re one of those agents come to sell the place since John passed away. He’s finally at peace. With the cottage boom, someone’s going to get a fair chunk of money for this property. John had this place a long time. I sure hope you do a good job of selling this cottage—and not to a bunch of party animals. I’ve been here since the eighties, so there’s not much I don’t know or things I can’t tell you.”

When the woman stopped to inhale, Anna held up her hand. Mrs. Lamb understood the universal signal to stop. Words ready to tumble remained captured behind her ruby lips.

The short, stout, elderly woman, dressed in a flowered over-blouse and pink slacks, stepped onto the checkerboard-patterned kitchen floor. Anna slammed the screen door behind her. One white oxford disturbed the dust on the white tile, while the other looked like a beacon in the night against the black tile.

Anna leaned on a chair. “I’m not a real estate agent.”  Mrs. Lamb’s mouth moved to speak, but Anna continued, “I don’t intend to sell. I’m here to live. I’m thirsty. I don’t have any water.”

“Miss—?” The unspoken question hung as the woman’s eyebrows rose in query.

“Anna Jenkins.” She held her breath. She hoped the months since the accident were enough time for sympathy not to cross her new neighbor’s face. She’d had enough of that. This pity party was over.

Mrs. Lamb didn’t recognize her name. Anna smiled. The woman might know everything in her town, but her knowledge had limits.

Anna was drawn to the large windows that revealed small waves washing onto the shore while his voice rose and fell in the background. She jumped when Nick spoke from behind her. “Looks like you’ve got a big job to make this old man’s house a place you’d want to live.” He had picked up a ship in a bottle and held it to the light.

She stood with determined confidence. “They say work is good therapy.” She felt a pang of intuitive kinship with him again, and smiled. “Do you ever wonder if they really know what they are talking about?”

Nick raised his hand and gently touched the side of her face, turning it toward him. He looked deep into her eyes as if searching for recognition. “Yeah, they’re probably just a bunch of clowns who think up Pollyanna sayings to make us feel better about our lives.”

She would have returned that gentle touch in a moment of shared intimacy, if his stance hadn’t changed. He shifted away from her as if he sensed danger. Nick pivoted on his rubber-soled boots and almost leapt through the door. The moment was thick with uncertainty.

She caught a chuckle that ended up more of a snort. They were like two wounded animals who suddenly found themselves in the same pen, wondering who was stronger and would survive. Surely she wasn’t attracted to Nick Donnelly just because they were both grieving their severed pasts.