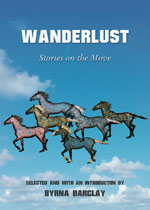 Readers of Wanderlust, an anthology of travel stories, will at once feel that need to roam, the longing for surprise, the thrill of just recognizing the threat of danger, and the nomadic impulse simply to move oneself for the sake of moving, that restless and endless quest for a new beginning — even if it means the end of one life and the start of a new one.

In every story a character embarks on a journey of discovery. They travel through the Nordic Viking age, experience family life in Italy, interpret the Lascaux Caves in France, climb Nicaragua’s volcanoes, undertake a road trip through the villages of Mexico, and finally are brought back to the Canadian prairies. Editor and contributor Byrna Barclay draws inspiration from the philosophers who expounded on the theory that, rather than change, a person simply becomes more of what he or she already was at birth. 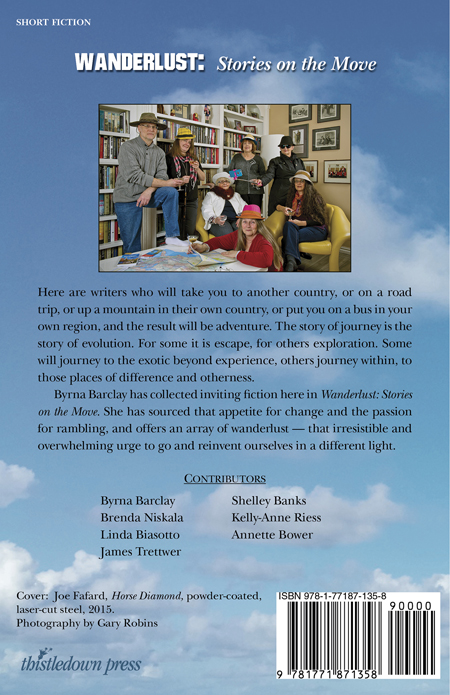