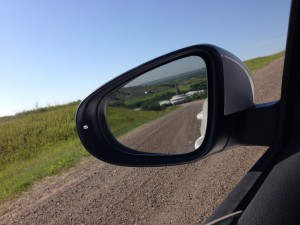 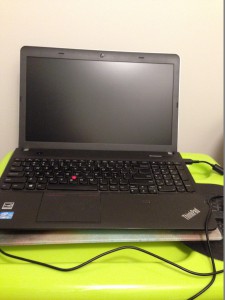 When we write we need to find a place.

I put together a collection of my many published short stories for a writer friend to look at and give me some advice on how to move forward with the stories. I have a desire to have them between two covers rather than all of the anthologies and magazines.

I worked on edits for Moving On still scheduled to be released by Soul Mate Publishing in late September 2014.
I choose the cover for Moving On, A Prairie Romance. 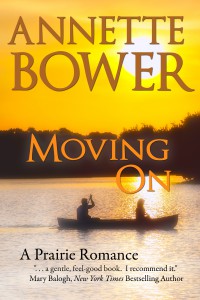 And I worked on edits for a short story for the next edition of Voices, an anthology from the Lake Winnipeg Writers Group.

The company continued on their journey and I moved back into my office to create a blog post for The Romance Studio Blog on August 15, 2014: http://blogs.theromancestudio.info/

I also started back into my walking program. During walking around Wascana Lake alone (instead of my walking partner), I have been listening to “How to Fail at Almost Everything and Still Win Big by Scott Adams. His book seemed apropos because when attending workshops and working with an editor it can feel at times as if I am failing at this writing business. How could I have worked at it for so long and continue to make mistakes? However, mistakes do provide opportunities, and that is where the last part of the book title also applies “and Still Win Big.”

And just before sleep, I have been re reading Mary Balogh’s A Christmas Promise, I enjoy reading her characters journey into love.

And to end this long blog, yesterday we drove out to visit friends who have a cottage at Last Mountain Regional Park. 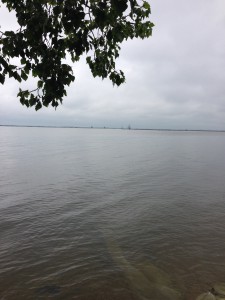 A relaxing spa day. The air was full of moisture and the lake serene.

Today, is a day for Symphony Under the Sky.

Every month The Lake Winnipeg Writers’ Group features an author and I am September.

Drop on over to: http://www.lakewinnipegwritersgroup.com/writers.html

And after you have scanned my special page look around at the other members of the group.

I first discovered the LWWG when a writer friend brought to my attention their call for stories for an anthology. I submitted Many Tongues and this story received honourable mention for adult fiction. 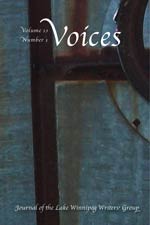 Many Tongues is in this anthology.

There are opportunities out there to have your work read. You just need to look and have friends who share with you. 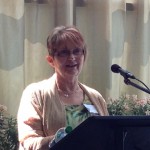 Reading from Honorary Mention “Many Tongues”

On Saturday, June 15 at 2 pm at McNally Robinson Booksellers The Lake Winnipeg Writers Group launched Voices:Volume 13 Number 1.
The winners of the Write On The Lake Contest as well as many other writers are between the pages of this magazine.
Two friends and I left for Winnipeg early Friday morning. We picked up another friend in Brandon, MB and continued on the road trip.
On Saturday at 2 pm, a young woman who I looked after on the occasional Saturday, when her parents’ were busy, came out as well as another couple who added to my road trip friends came to support me. They had to search for chairs among the many who came out to appreciate and applaude all of the writers who read from their work.
We all read a small portion to entice the audience to purchase books, and so very many did.
It was a wonderful afternoon.

I enjoy reading my work for an audience even though my nerve endings are jumping at the top of my skin until I take a deep breath and begin.

My deepest appreciation to the judges of the adult fiction contest, Patti Grayson and Sheila McClarty who found merit in my story Many Tongues. 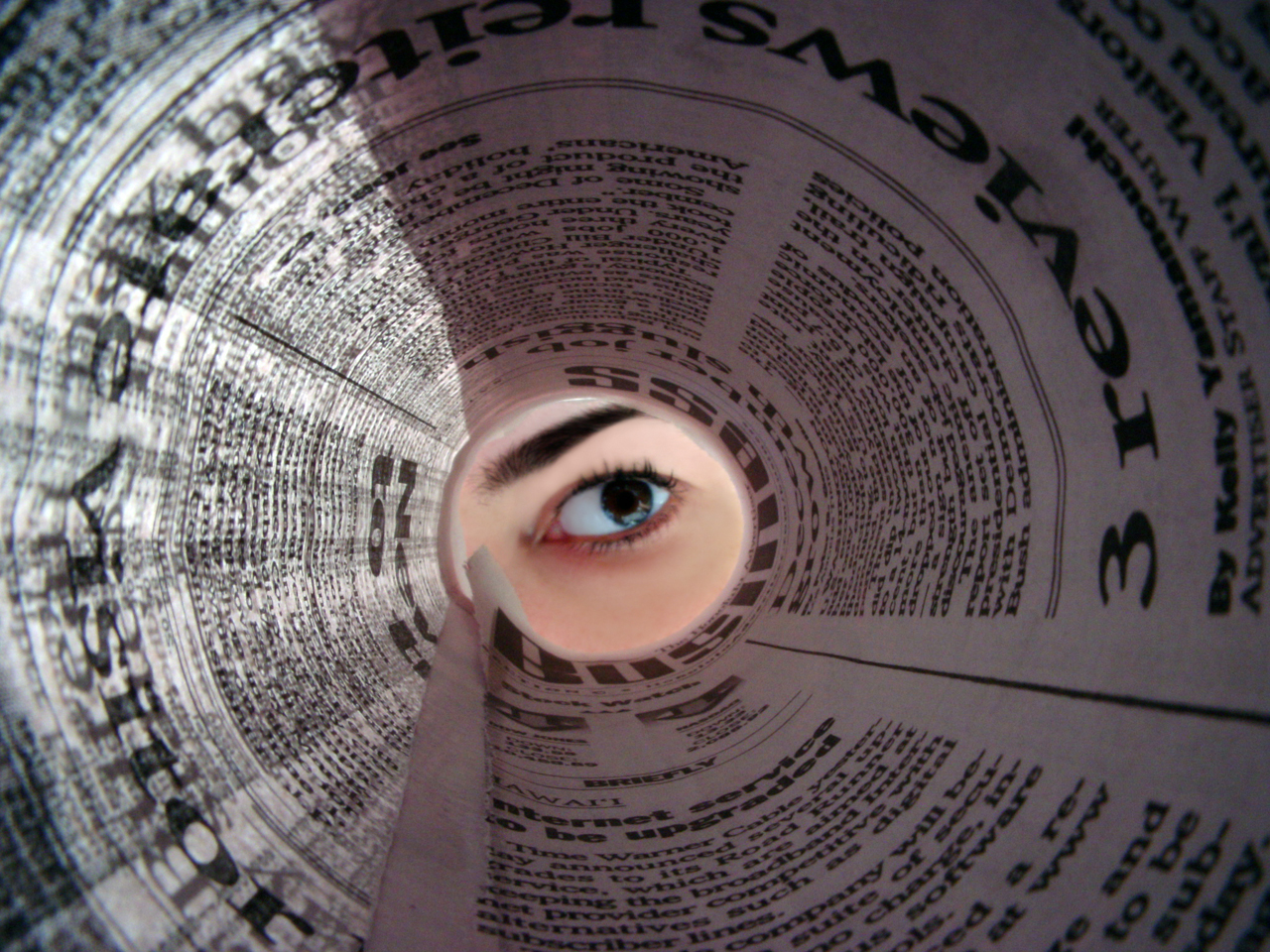 I’m in the news

More than 20 adult and youth writers will be featured in the
forthcoming spring edition of “Voices”, the twice-a-year literary journal of the Lake Winnipeg Writers Group (LWWG).
The writers either won prizes or earned honourable mentions
in the LWWG’s recent creative writing contest which wrapped
up in February. Winners were selected in four categories – adult
fiction, youth fiction, poetry and valentine poetry.

“All the winners and honourable
mentions will be published in a
good fat issue,” LWWG spokesman Richard Koreen says, adding that the new “Voices” will be launched June 15 at the McNally Robinson book store in
Winnipeg. “We included Valentine poetry because the deadline for submissions was February 14. There will also be a cover
painting by Winnipeg Beach artist-writer Helma Rogue Rehders who is one of our members.”

Judges for the contest were four well know Manitoba writers.
Evaluating the adult poetry was Dennis Cooley, a University of Manitoba professor who is a prolific writer of both prose and
poetry. He is known for his two
critical studies of Canadian literature and for his work on the
executive of the Manitoba Writers Guild.

Sharing the task of judging adult and youth fiction were Patti
Grayson and Sheila McClarty.
Grayson’s two books – a volume of short stories and a novel – have earned four Manitoba book award nominations while McClarty’s short stories won the 2011 Eileen McTavish-Sykes Award for best first book by a Manitoba author.
The romantic rating the valentine poetry was Deidre Laidlaw, a member of
the Selkirk Literary Guild who is a published magazine author and poet.

The winners from first to third were awarded cash prizes while
all entrants received a one year Internet membership in the LWWG. 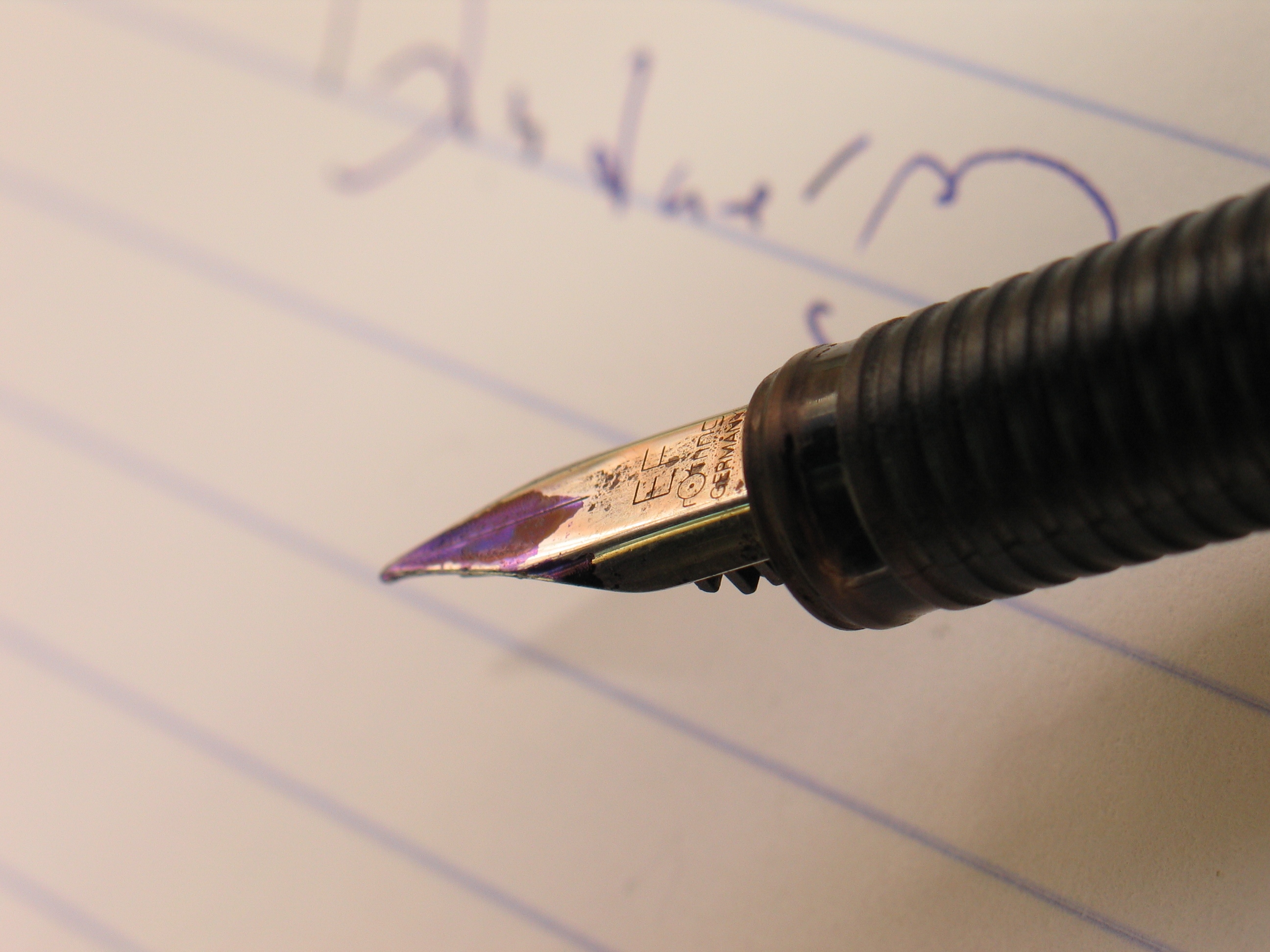 Patti Grayson and Sheila McClarty were the judges for the Adult and Youth Fiction.

Volume 13, number 2 of Voices, will publish all the contest winners and will be launched at McNally Robinson’s in Winnipeg in early June. I will receive an invitation to that event.

Because of the contest entry I am an e-member of the Lake Winnipeg Writers’ Group. As an electronic member I will receive LWWG notices and may submit items for publication in the literary journal, Voices.

Every now and again I set my stories free and every now and again they are accepted for publication. I am honoured and proud that my short story “Many Tongues” will appear in Volume 13, number 2 of the literary journal, Voices.